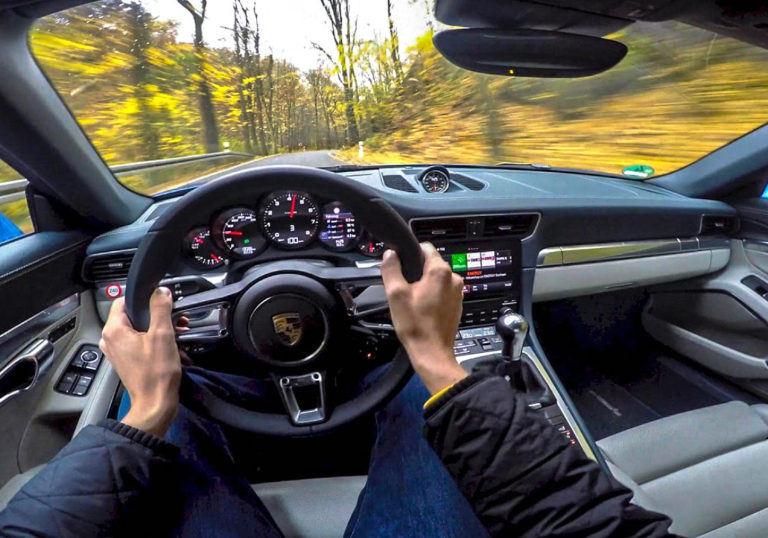 Part street smarts and urban survival, counter-surveillance driving could be a most advantageous skillset.

On the approach to your vehicle, broaden your situational awareness. Focus this transit as if you’re driving. Don’t use your phone. Scan for a odd patterns and irregularities; suspicious people and vehicles.

In the car, if you’re being watched, don’t react or stare. Reach for your phone and act as if you are speaking to someone until they leave or you feel secure. If they are still in position and it appears you are being targeted, act as if you are waiting for that person on the fake call to arrive any second. Looking around the vicinity as if giving the fake caller your location, this gives you an excuse to look directly and clearly at the person(s) targeting you. Also, it may deter them to abandon their surveillance if they believe an unexpected party is about to join you.

When starting the ignition and putting the vehicle into gear, make these actions methodical and apparent – for show. This is to incite a reaction that you can measure; the subject(s) also preparing to depart or getting on comms. Mentally “tag” each subject that fit these parameters.

Moments before moving, if you feel you are about to be followed, calculate how much time it would take to get to the next traffic light or stop sign so that any pursuit could be negated before it even happens by forcing the subject to be stuck momentarily. Unless you’re in imminent danger, this should be executed in a casual and legally driven manner. The appearance of being unaware of being under surveillance is imperative with counter-surveillance.

While in transit, drive normally and at average speeds. Scan your driver’s horizon from left to right, mirror to mirror at an almost constant and fluid motion to enhance pattern recognition. Take basic mental notes of each vehicle’s description; “black beamer”, “blue crown vic”. If the same vehicle shows up in your “scan”, take a more complex mental note on that vehicle; at least the first 3 digits of the plate.

To confirm you are being followed while not letting the subject know you are aware, when stopped at a red then it turns green, act as if you don’t know the light has turned (pretend to use your phone or fiddle with the radio). Wait for the other cars to pass you and the subject may be forced to move on as well in order to not reveal themselves. Alternately, making 3 consecutive right turns may have the same result.

If all else fails, do not take aggressive action. Still drive normally and safely, but divert your original destination and head to the nearest police station or police officer. If not possible, call 911 and tell them your situation; that you are being followed and feel you are in imminent danger. Alternately, a trusted and capable friend may work as well.

﻿How to Store Your Produce

﻿Canned Foods to Keep on Hand