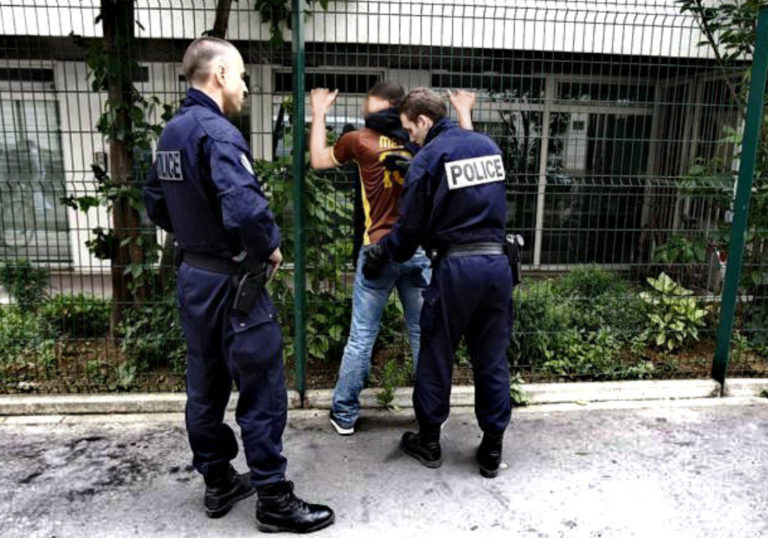 This is a guide on how to avoid a knife weapons charge from a police body search when an illegal weapon is found.

Since you’re covering multiple US states and countries, I’ll assume you understand the widely varying weapons / bladed tool laws for each locale.

With that being said, my response will assume knife possession and carry is universally illegal.

First you should avoid detection by removing any obvious sign that you’re carrying a blade. Never equip your knife in a way that exposes the pocket clip in plain view or “printing” from a tight pocket.

If you’re being searched as a result of an active or recently committed (especially a violent) crime, then it should be assumed that you’ll be in some serious shit. If at all possible, remove the knife from your possession and throw the knife away from view.

If you’re being searched for a seemingly random or harmless reason, then comply with the officer and make it as easy for them as possible. They will most likely ask if you are carrying a weapon, then say yes and proceed to follow the officer’s instructions. If they don’t ask but a search is imminent, tell the officer that you have a knife before hand.

When asked what the knife is for, never say it’s for defense purposes. Say you use it as a tool; fishing, carpentry, camping, construction, handy work etc.

Demeanor: Act clueless about the illegality of carrying a knife but intelligible and focused. Be respectful, patient and again, compliant.

Don’t hide your knife in your sock or stuffed down your underwear, it will be found. But more importantly, this only adds suspicion and negates plausibility of your reasoning for it being used as just a “tool”.

On your mobile phone, before leaving for your trip, take or add some photos of yourself using that exact knife or multitool using it for the purpose you’ve said it was for and show it to the officer. For example, convincing photos of you gutting a fish in the outdoors.

This won’t always work so don’t rely on this completely, but it’s an excellent way to prepare.

A multitool is much easier to get away with because it’s indeed a tool and less threatening, but a blade is a blade and may not matter to the locations’ respective laws. But more importantly to the specific police officer you’re dealing with.

Keep just one knife on your person. It’s much harder to legitimately explain why you’re carrying two knives.