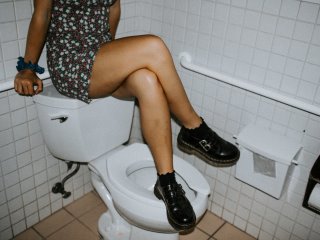 Is Toilet Water Safe to Drink?

When you consider the question – “is toilet water safe to drink in an emergency”, you’re likely to immediately say HECK NO! But the real answer is maybe. Read on for more details…

The world is in a precarious state. Every week there are floods, storms, forest fires and cyclones. No, this is not The Apocalypse Watch. But we must admit that it feels like a state of emergency. This has led a lot of people to think about the amount of damage we have caused to the planet and they worry that there will come a day when clean water will become a luxury.

According to a 2018 report released by the United Nations, there are about 3.6 million people on this planet who live in regions that don’t have access to water for at least a month every year. Now, we must accept that the problem of clean drinking water is a tough one to solve if we don’t pay attention to the existing sources of water and how to increase their longevity. Even so, groundwater is not exactly a renewable resource and in the future, some of it—we don’t know how much—is expected to be contaminated by floods. And then there will be drought. Add population growth to that.

In the next 30 years, the earth’s population is set to increase by 3 billion and this will increase the demand for water by a third of what it is now. In that future, about 5.7 billion people are estimated to go without water for a month every year.

The reservoirs are drying up and we are already seeing water scarcity in many prominent cities of the world. And we know that human beings can stay without water for only three days. Yes, population growth and scarcity of water is a lethal combination. Unfortunately, this is the future we are headed towards if we are not careful with our resources.

Now, how would you feel about the fact that just in the USA, 24 gallons of water is flushed down the toilet each day? If we told you now that the water in your toilet is as good as tap water, do you think when push comes to shove, you could stop yourself from drinking it? Like it or not, the answer is—highly likely. Well, if you want better options, keep reading.

Thankfully, scientists have been thinking about this for a lot longer than you and I have. The closed-loop water systems that allow us to drink, expel, treat and drink water again are a source of great hope. And while a lot of people find it comforting, the next step which was toilet-to-tap water has been the same. Understandably, that idea has not met with resounding applause. But putting aside the obvious marketing problem with the concept, many have asked if it is even safe to drink? Let’s find out.

It might help to know the amount of filtering and sanitizing that happens in the process so that the end result is more palatable. When you flush your toilet, the waste enters the sewers and finally reaches the wastewater plant managed by the municipality. The solid waste is then separated from the liquid which is then transported to a settling tank. The smaller solid particles are skimmed off and the wastewater enters what is called an aeration tank. Here, microbes feed on the leftover waste and break it down. After this step, the clarified water is treated with chemicals like chlorine and ultraviolet light. The residue then goes through a few more cleaning processes so that the leftover germs are killed.

So, recycled water is actually made sanitary and safe for human consumption. Some advocates of wastewater recycling want to shorten this process and make clean water available for consumption sooner. They have been demanding that the cleaned water be introduced directly to water supply sources instead of releasing it to water bodies like lakes and rivers and then retrieving it from there.

This is not just possible but is actually being done in many parts of the world.

Toilet Water to Tap Water to Your Glass

California, a state well known for droughts, has six state agencies that use wastewater. They have done enough studies to prove that this water is quite safe for human consumption.

However, there is the little issue of getting people to literally drink toilet water. Researchers say that explaining the treatment processes to the general public might make it easier for people to consume it. To make it more appealing, studies were done in California wherein test subjects were given unlabelled cups. The study aimed to show that Indirect Potable Reuse (IPR) water tastes the same as groundwater in your tap. The subjects were asked to rank the samples on a scale of one to five for texture, smell, temperature and color. Their personality traits were also taken into account and were categorized as having “openness to an experience” or “neuroticism”.

The nervous participants also preferred bottled water over groundwater. With this study, the researchers hoped to prove that we might actually like recycled water better if we were to purchase it. The hope that those who found it disgusting to drink “toilet water” might reconsider their stance.

This is a water-purification process wherein the unfiltered water is forced through a semi-permeable membrane and pressure is used to remove the contaminants. When it is for the purpose of human consumption, the water is filtered through a dual membrane at least three times. Then the water passes through a source of ultraviolet light and a sub-micron filter. During this step, the water is cleared of all unwanted particles.

Singapore started working on this in 1998 to understand how safe recycled water is for human consumption. Their Public Utilities Board (PUB) treated and purified secondary sewage water using dual-membrane and UV light technology. Decades after its first sprint, Singapore produces at least 80 million liters of clean water every day from three treatment plants using these techniques.

India and Mexico are relatively new to this game. India has a 2021 Master Plan that focuses on recycling wastewater to supply drinking water to areas that do not have a consistent supply of clean water. Following these major initiatives, many countries are now lining up to implement what is called the toilet-to-tap systems to solve their water scarcity issues. Recycling wastewater is not just a matter of environmental stability but also a health, social and economic concern.

What It Means for the Future

The loss of freshwater wetland is another concern that is driving the need to filter and improve the quality of available water. Wastewater treatment is cost effective and also helps add quality to non-potable uses like irrigation and energy production.

In many parts of the Arab world and Africa, these systems are already in place. These systems can be useful in enhancing water quality so that massive settlements in cities could benefit. It is estimated that over 1.7 billion people, which is half the world’s urban population, would benefit from these water purification systems. These systems could be used to build water funds and help address governance issues.

It is also important to understand that like it or not, wastewater is being deposited into lakes, rivers and oceans right this moment. To leave them untreated not only means letting water go waste but contaminating our existing sources of clean water.

The short answer to the question, “is toilet water safe to drink?” is generally no. Please don’t drink water straight out of the toilet. Because while the source of that water is purified tap water, your toilet bowl itself contains a lot of germs that could make you sick, not to mention the addition of daily cleaners and fresheners.

It may be a surprise to you, but the water in a toilet tank, is generally clean (potable) water and suitable to drink. This is because water from the toilet bowl will not back up into the tank, and the tank water is constantly replenished and can be just as clean as water sourced from a faucet. It is a good practice to occasionally clean your toilet tank, and avoid inserting odor treatments or cleaners to ensure you have a bit of extra water available in a crisis. You may be surprised to learn that if you thoroughly clean the toilet bowl and flush it several times, even the water in the bowl will be quite clean.

WARNING – DO NOT DRINK TOILET CLEANER!!! You can become seriously ill, or even die from consuming toilet cleaners without medical treatment. Toilet cleaners typically contain sodium compounds and/or peroxides. These ingredients can adversely affect your stomach lining. If you consume a toilet cleaner a doctor will force you to you consume charcoal, and/or an acid to neutralize excess alkali. Be very careful to avoid ingesting toilet cleaners!

Aside from that, if you want to understand whether properly treated or recycled wastewater is safe to drink, the answer is a resounding yes! Not only is it safe, studies have shown that it is preferred even by those who find it unpleasant. Once you look past the tag of “toilet water” you will find that not only is it safe and sanitary but also a responsible choice. It is also a great solution to obtaining much needed water in a crisis or emergency. Consider keeping the necessary filter below, and water purification tablets, on hand to have this resource in a pinch: 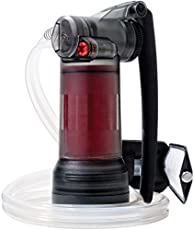