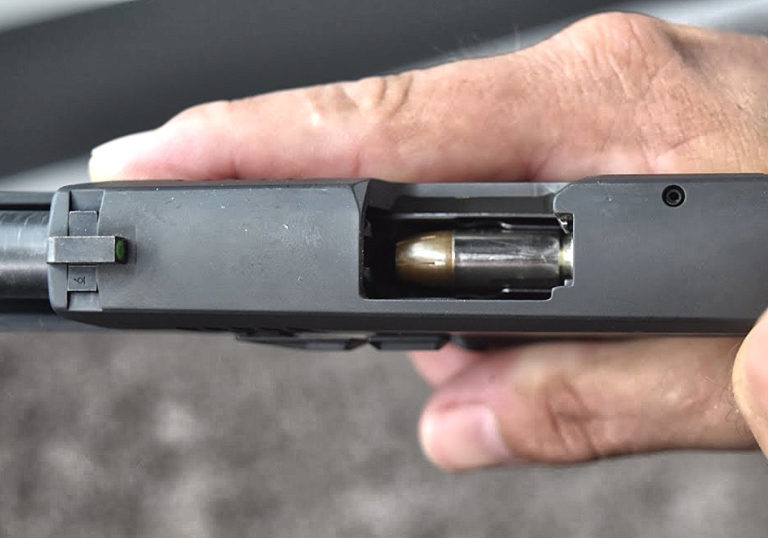 Never Carry a Handgun With an Empty Chamber

Carrying a handgun with an empty chamber is relatively common because of ingrained military training and misinformed safety concerns.

Both are to minimize the risk of negligent discharges, from the wielder and whomever may be around the firearm. Logic is sound but in the field, for live scenarios, an empty chamber is contrary to safe. However, if this is a personal problem, you shouldn’t being armed or you need more training.

When that scenario does occur and you reach for your handgun, every millisecond counts to make your move as it will take an extra full second or longer to rack the slide to load an empty chamber.

In the meantime, the attacker gains those extra seconds that you lost on top of having the advantage of making the first move to begin with.

Reacting to an attack takes longer (and is more difficult) than the attack to respond, especially when there’s no warning as it should be assumed.

In these attacks, it should also be assumed that you will be attacked with seemingly overwhelming force to end you as quickly and effectively as possible – usually taking mere seconds from start to finish and you don’t want to lose even 1 second with an empty chamber.

When you’re attacked, the attacker has already started whereas you have to respond after your mind realizes what’s going, calculate the best move and then finally react by drawing then loading your gun.

In the chaos of combat, that is an eternity and presents an additional problem, the need for both hands to load the empty chamber – further reducing your countering and defensive capabilities by not just time but physical maneuvering.

This is all of course assuming both your hands will be free to operate the firearm that way to begin with, whereas firing just takes one hand.

A secondary and potentially equally useful benefit of a chambered handgun is having an “extra” round.