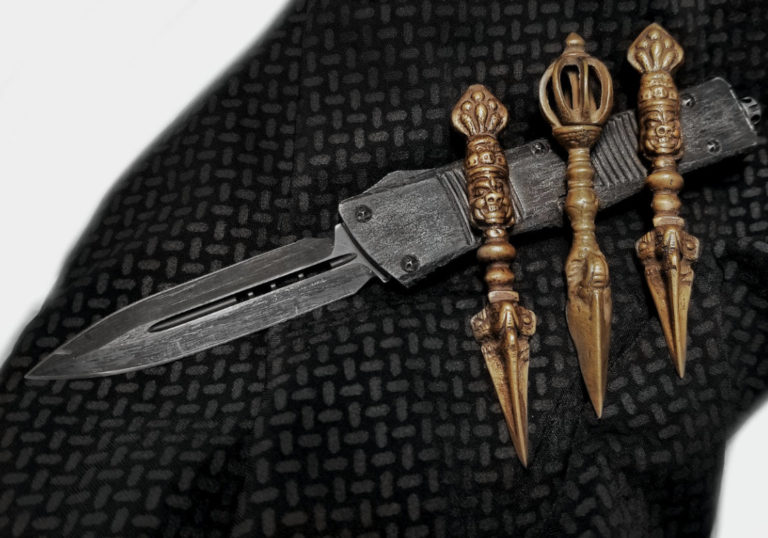 
A souvenir-weapon is location dependent, meaning that the souvenir must be an obvious and well known item related to the destinationâ€™s history or culture.

Both of which can be used as force multipliers in a pinch and without concealment – of which are widely available in the streets of their respective cities.

However, sometimes the local souvenir is an actual weapon, or at least a replica of one that represents something of importance to the destination.

Replica or not, they may still be used as one.

Shown above are several Phurba Dagger souvenirs I recently acquired from Kathmandu, Nepal.

While obviously not an actual artifact but a mere replica, itâ€™s handmade from a solid piece of brass and has a moderately sharp point, effective as a special circumstance CQC tool, at least in my hands.

Other than the utility usefulness of these souvenir-weapons, the important factor is that it gives the wielder plausible deniability of carrying a â€œweaponâ€.

Or more specifically, plausible legality to carry it.

In almost every case, this should be legal, at worst a bypass of the local laws but hardly a violating it.