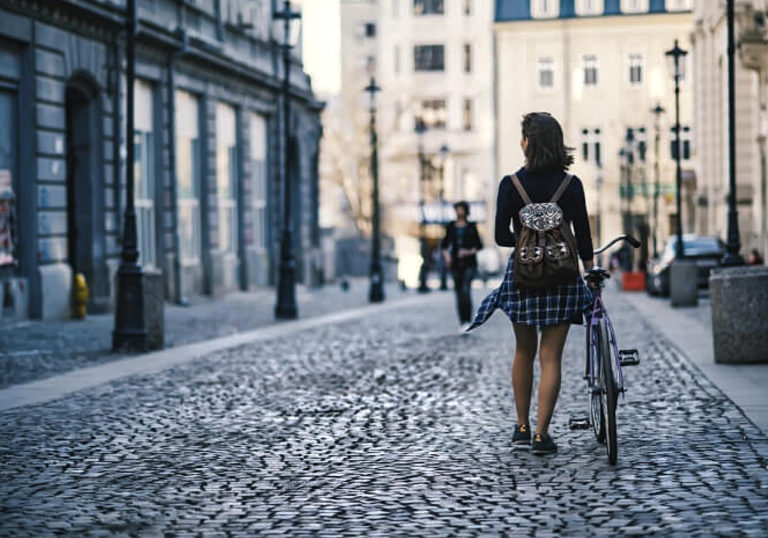 Brief background, I’m a cis-lady, female-presenting but tomboy-ish and with tragic hipster hair, white but not WASPy, mid 30s, 5’5″, 130-150 pounds depending on my beer:gym hours ratio over the past few months. I have a competitive combat sports background (MMA/BJJ) that I’ve used to protect myself, though my main takeaway from martial arts has been, “Don’t get into a situation where you have to use that shit in the first place.” Grew up rural, so I’m great at DIY and improvising. Worked for a while in building security and university site management, and got first responder certificate and basic fire suppression training there, though all the official paperwork has lapsed. My main gig is information security and infrastructure engineering, so I have a strong infosec background. I speak and read Spanish but have never been immersed in it, can read a bit of Portuguese, and know how to say “thanks” and “go fuck yourself, motherfucker” in Russian (so far; learning some mission critical Cyrillic and conversational phrases in the meantime).

I’m an IT engineer at Salesforce, which gives me access to their Global Operations Center even when travelling outside of work. Already got the SOS app and various local and global phone numbers programmed into my mobile, per their suggestion. I checked in with the GO Center already, and they gave me their assessment of the area — they consider it medium-risk, but their only warning was to be cautious if near the Russian border, and to avoid any protests or large gatherings outside certain public areas (which is SOP for me anyway). Salesforce’s GO Center also covers me for medical issues, arrests, visa problems, etc, which is great. We have a 24/7 number to call for anything from translation help to exfil from sketchy situations. They’ll also contact me if anything dangerous goes on in the area I’m known to be traveling — and they’re very proactive about that. I got a call once that there was a murder/suicide in my zip code, and they wanted to make sure everyone who lived there was safe…from depressed zombies, maybe? Anyway, glad to have the support from them.

So, questions:
– I’m not sure what to keep on my person at all times versus in an (ideally) locked space. Everything? For sure at least ID, money, credit card? Do US credit cards work the same overseas? I know I have to ping my bank to let them know I’m traveling. I am trying to travel with a minimum of gear, but I have to have a Macbook, a small MIDI keyboard, and assorted cables to attach everything at the gigs. At least we’re not taking the fucking guitars this time. Oh, and I do have power adapters for everything already. Should I have photos of my stuff on me in case something gets jacked, or is that going overboard? My partner suggests having $200 in local currency on us at any given time. Does that sound legit, or should the amount be adjusted up/down, and is local currency the way to go? I’m realizing this is probably on your website already…durr.

– When it comes to ID/passport/cash type stuff, what’s the best way to carry it? Obviously I’m not the sort to keep a fat wallet in my back pocket, but I like a sling bag that I can carry across my back or chest that can hold my essentials. Is that relatively safe, or should I pick up a wallet/bra belt? I did grab a set of the hidden pocket wristbands on your Amazon list, as well as some packing cubes and various MOLLE clips to keep my gear in check.

– I take some boring, cheap, non-psychotropic daily prescriptions. I’m guessing as long as I take no more than my necessary supply, no one cares? Is there anything one might have a hard time finding in pharmacies/corner shops/grocery stores, or are overseas OTCs for pain, allergies, and sleep similar no matter where you go?

– Pretty sure anything related to cannabis is a no-go? Already reducing my intake so I won’t tear anyone’s face off during the trip.

– Will anyone bat an eye if I carry a Leatherman or a pocket knife? I kinda feel naked without it, but I’ll deal if I have to.

– I’ve got my company recommendation for keeping prying eyes out of my electronic devices, but do you have any suggestions beyond, “If they ask to see it, ask them to be gentle”?
My non-work phone is a Blackberry KeyONE that I can slap a GSM SIM into — that reminds me, any hot tips for decent SIM cards? Also, all my data is in the cloud, because that’s my fucking profession and all, so I’m fine with wiping my phone for tactical reasons.

– I’m a photographer, but I’m inclined to leave the Canon behind and just use Hitcase+iPhone 8 or Blackberry+clip on lenses. Selfie stick or monopod, y/n?

– Do you know where I could find a cheat sheet of cultural no-nos, especially around photography? I’ve already gotten myself into some shit in Brooklyn because I like photographing people’s shoes, and apparently I wypipo’d myself on the subway openly snapping a shot of some really great Doc Martens on a black dude’s feet. Sorry-not-sorry that you have good taste, subway guy. I’d feel better knowing when to be covert and when I can be a tourist, in any case.

I think that’s my major concerns in a nutshell. How do I keep my gear safe, how do I not draw negative attention (especially while taking photos), and is it cool to pop down to Ukrainian 7-11 to get paracetamol if needed, more or less 😉

Thanks again! If you happen to be in Kiev or Odessa in April, let me know, and I’ll get you on the guest list!

If I remember correctly, you should be fine with pocket knives and bladed multi-tools in that area. But a full on tactical or “aggressor” knife (auto, dagger etc) may not be a good idea.

I rarely have my passport on my person. At most a copy of the ID page is a good alternative. And yes, your US cards will be the same, but a simple call to your bank is good. If you don’t have multiple bank accounts, open a simple online one like Chime Bank. This is so that you can have a backup account plus card. If you lose your primary bank debit card and the funds are taken, you can have that backup until your primary bank returns those stolen funds.

And yes, having cash in the country’s currency is always good as a stash backup. I also have US dollars and Euros handy as those are universally accepted. A good hiding spot is in your rolled up socks.

Don’t bring any questionable drugs on the plane or any border. Especially weed, god forbid they have dogs, they can sense the smallest trace amounts. I need my weed to :). Get it locally from someone you can trust and try to avoid asking random people from the streets.

You’d be surprised at how most people will be a willing subject of a photo if just by smiling and asking. I suppose the only nono is photographing children without asking the parent.

It’s normal to worry about one’s luggage when traveling to a foreign place but it’s rarely a problem if you’re just vigilant. In most cases, it’s the owner’s own fault of losing or getting their shit stolen. Just be smart and don’t make it easy or tempting for would-be thieves to take your shit. I’ve never ever had anything stolen.