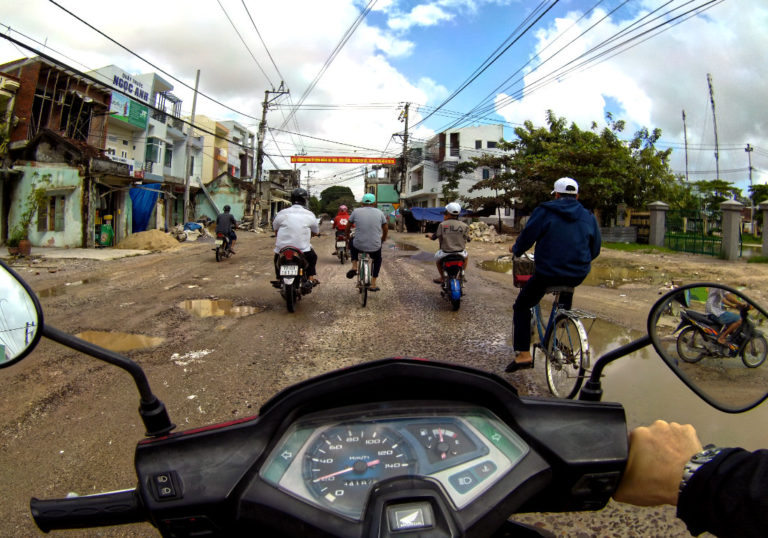 Operatives must use surveillance detection routes when in the field for most types of movements such as meeting with an asset or handler.

Multiple routes, meeting points and timetables should be per-arranged but used dynamically and randomly – as to defeat, bypass or counter potential fixed surveillance from the opposition.

A well-designed and executed SDR gets the operative to the destination on time, clean and without alerting potential watchers – while giving the operative chances to observe the observers.

It should include a number of moves that allows the operative to look back – all of which must be smooth and appear natural to all observers.

Turns at natural corners gives the operative a chance to look back and see who is behind. More importantly, a turn forces followers to react to those seemingly sudden movements.

Stairstepping is a more sophisticated (and provocative) version of the simple turn.

It means making a series of left and right turns, usually chosen in a grid pattern of streets.

As a rule of thumb, it’s assumed that anyone who is still behind you after 3 or 4 turns in a stairstep pattern is following you.

Because it is provocative, a stairstep pattern MUST be followed immediately by a logical stop.

A channel is a section of the route chosen to force surveillance to follow directly behind, giving the operative a powerful detection opportunity. Such as bridges, alleys, tunnels, isolated roads etc.

If the operative is a target of a multiple persons team, an effective channel will force all or most of the team to get behind you in a line. This is called a wagon train.

A reversal is basically a u-turn that allows you to look back naturally, and that forces surveillance to react to or mirror your movement. Reversals are highly provocative and, again, must be followed by a stop that explains the reversal; stopping (store or gas station) on the opposite side of a divided street.

Go past the stop to the next crossover, make the u-turn, do the stop, then make another crossover to get back onto your route.

This whole operation (actually a double reversal) will force surveillance to either stop on the original route, replace a follower with another, or mirror your movements.

There is only one SDR technique that works to detect a well-operated hostile “bubble”: You must move, swiftly and decisively, at 90 degrees to your general direction of travel, for at least 4 blocks, and immediately resume travel along the original direction.

This “breaks” the bubble and forces it to re-deploy around you. It must include a cover stop soon after resuming directional movement.